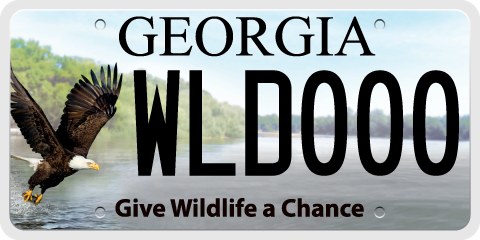 We have good news for marine resource conservationists. Georgia’s latest vehicle license tag legislation, House Bill 736, which would amend the Official Code of Georgia to include the new tag to support coastal habitat improvements was recently passed by both the House and Senate has now been signed into law by Governor Deal. Coastal Conservation Association Georgia (CCA) Government Relations Committee in Atlanta has once again been instrumental in achieving very meaningful Legislation at the Capitol for our Coastal Fishing Community. Over the last 4 years we have facilitated the passing of GameFish Status for Redfish, getting the Marsh Buffer Rule clarified to protect our precious resource, working to change the legal minimum length of Seatrout from 13 to 14 inches with the GA DNR, bringing the cost of Wildlife tags back to the original price of $25, and now, initiating the creation of the new Coastal Tag for DNR’s Coastal Resource Division. At the urging of CCA-GA, HB736 was sponsored by Rep. Alex Atwood of St. Simons Island in the House, and by Sen. Ben Watson of Savannah in the Senate. The Coastal Conservation tag will have the same fee allotment structure as other Wildlife Tags and would provide the Marine Habitat Conservation Fund, administered by the Coastal Resources Division of the Georgia Department of Natural Resources, with funds to be used exclusively for projects to restore and enhance marine habitats through oyster reef stabilization, construction of man-made reefs along the shorelines of tidal rivers and creeks, and the construction of man-made reefs in the Atlantic Ocean. The initial tag fee is set at $25, of which $19 would be directed to a restricted fund administered by DNR- CRD while $1 would go to the issuing tag offices and $5 to the state treasury. Stay tuned for future announcements as distribution plans are developed for placing the new Tags into the State’s Motor Vehicle offices later this fall.